HEINZMANN has successfully completed the dressing of a GM185V-VG-CR diesel engine for locomotives with a common rail fuel injection system.

The target to fulfil the emission standard Stage IIIA according to Directive 97/68 EC was met by applying the following components: a high pressure pump, magnetic valve control and injectors for a prechamber injection. With an additional diesel particulate filter, the engine now fulfils even Stage IIIB.

The GM185V-VG-CR engine family of the Hungarian engine manufacturer Ganz Motor Kft., located in Budapest, is the reengineered version of the S.E.M.T. Pielstick PA4V 185VG engine family. These are typical high speed diesel engines that offer a wide power range depending on the number of cylinders. They are produced on a worldwide scale by license and are used mainly in railway applications.

Launch of a multi-step engine conversion project
The first engine conversion was done by Ganz Motor Kft. when they changed the charging system, the turbo chargers and the after cooler. The hydraulic governor was also replaced by an electronic one. These conversions resulted in a reduction of the specific fuel consumption by five percent.

Due to recent changes in emission standards, however, it was necessary for GANZ to do a second redesign. HEINZMANN was chosen for the development of the first common rail system for a prechamber injection. The first prototype common rail system was installed on a twelve-cylinder version. Field tests with this engine installed on a locomotive of the Hungarian National Railway Company have been performed in 2017.

In a subsequent application, the system was adapted to a six-cylinder 6GM185V-VG-CR engine and successfully tested on the test bench. In the meantime, several engines have been equipped with common rail. They are operated in the Hungarian oil industry. Further orders have already been placed.

New emission standards fulfilled
The new injection system now offers engine manufacturers several opportunities of adjustment: injection timing as well as the injection duration. Compared to a mechanical fuel injection system these can now be done more precisely. The injection pressure is kept at a maximum of 800 bar and the engine now fulfils the emission Stage IIIA according to Directive 97/68 EC and with DPF even Stage IIIB. Furthermore, the specific fuel consumption is reduced by about another one percent so that the total fuel consumption is reduced by approx. six percent.

With the introduction of a common rail based new engine, Ganz decided to stay with the existing pre-chamber concept and the injection pressure of 800 bar remained unchanged.
This was considered to be sufficient for this combustion chamber arrangement. Thus the fuel system load could be kept on a low level in order to ensure a long component life time.

As in all other HEINZMANN high pressure pumps the unique crank shaft concept is used here. Compared to the more common camshaft arrangement it has the following advantages: high efficiency and a wide speed range combined with an outstanding lifespan. The pump is available with different plunger configurations in order to cover the different flow quantities for the 12 up to 18 cylinder engines.

The high pressure fuel piping system is equipped with fuel accumulators for every single cylinder bank. Short pipes connect the accumulators with the injectors. In addition, the Rail Pressure Limiting valve RPLV-2S for overpressure protection and the rail pressure sensor are directly connected to the accumulators. The well-proven magnetic valve control DARDANOS MVC01-20 is used for fuel injection control. Beside the speed/load control, this unit provides the rail pressure control and a set of configurable I/O for monitoring and protection. Comprehensive parametrization allows the control system to be configured to almost any application. The DcDesk software allows easy communication. 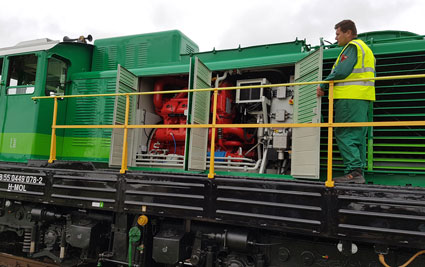 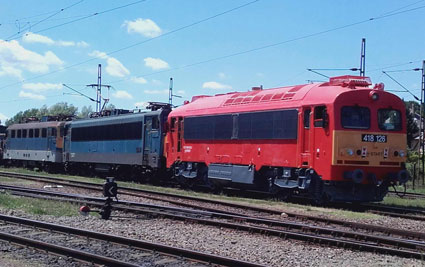 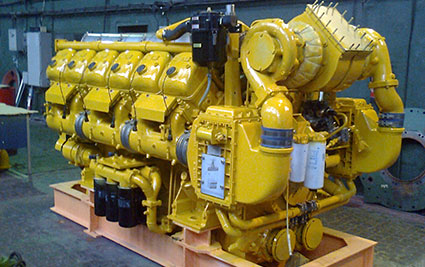 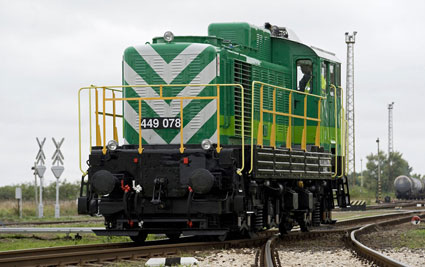 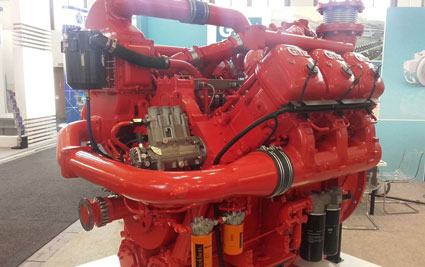 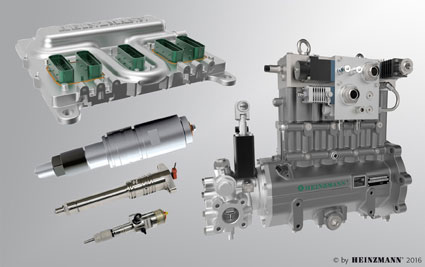 Contact and press requests:
This email address is being protected from spambots. You need JavaScript enabled to view it.

We use cookies on our website. Some of them are essential for the operation of the site, while others help us to improve this site and the user experience (tracking cookies). You can decide for yourself whether you want to allow cookies or not. Please note that if you reject them, you may not be able to use all the functionalities of the site.